for the circular movement of knowledge

July —
November 2022
for the circular movement of knowledge is an online series of conversations where artists create new relationships with peers through knowledge exchange. 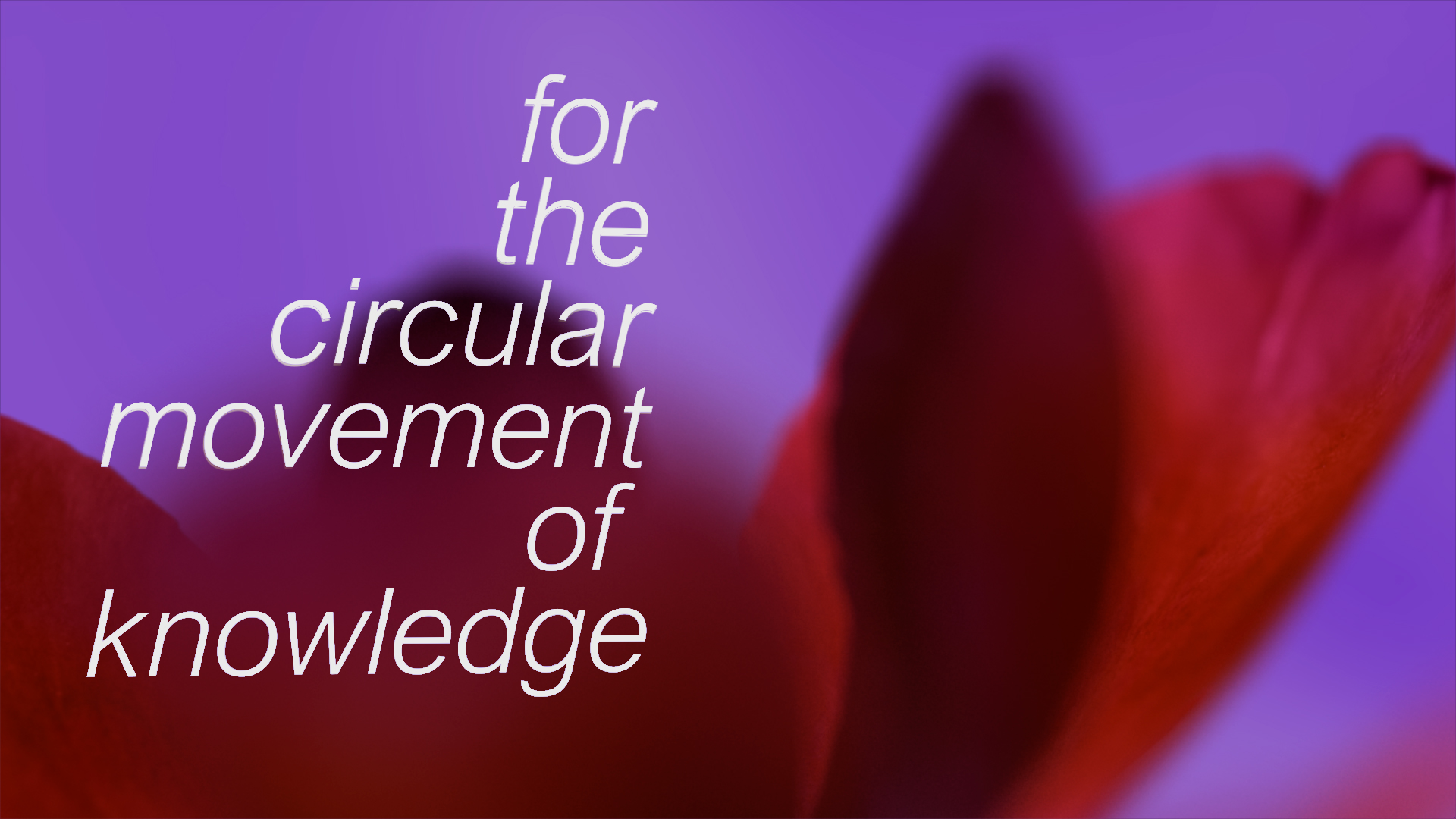 for the circular movement of knowledge

During online conversation residencies, Utp artists engage in exchange with a collaborator who holds knowledge in an area of interest to them. At the end of the week they will open up their digital space to share their learnings with audience via video and podcast presentations.

Amir Sabra is a dancer and choreographer, working currently as the director of Stereo48 Dance Company. He started as a break-dancer in 2008 and then joined Hawaieh dance group where he represented Palestine with them in several dance contests in Denmark, Belgium, and Jordan. In 2015 joined the Belgium-Palestinian dance piece “Badke” by choreographer Koen Augustijnen/ Les Ballets C de la B. In 2017 he worked as a dancer and rehearsals manager with Ya Samar Dance theatre. In 2017 he started his choreography career with his first piece “Hiphopgeez” and he is currently in residency in France to work on his fourth dance production “Journey to Jerusalem” a new production by Stereo48.

Cindy Trinh is a photographer, visual journalist and activist who is passionate about social justice and human rights. Their photography comes from a place of wanting to connect with people and places through the art of visual storytelling. Cindy has been published and featured by popular media, including HBO/HBO Max, NBC Asian America, Paper Magazine, Milk Agency, The Hill, Bloomberg Businessweek, The New York Daily News, .Mic, Hyperallergic, The Culture Trip, and more. They have exhibited at numerous museums, galleries and art spaces, including the Museum of the City of New York, Museum of Chinese in America, New York Arts Center, Canal Street Market, Rush Arts Gallery, Pearl River Mart, and The Knockdown Center. Cindy is the creator of Activist NYC, a documentary photo project about activism and social justice movements in New York City.

Debra Keenahan is a visual artist, psychologist, academic and author. Her achondroplasia dwarfism informs her art, teaching and writing by focussing upon the personal and social im- pacts of disability. ... Currently, Debra lectures at Western Sydney University in Humanitarian and Development Studies.

Feras Shaheen’s art practice spans across performance, semiotics, street dance and digital media. Shaheen was born in Dubai to Palestinian parents and moved to Sydney at the age of 11. Drawing from his Hip Hop dance background as well as Palestinian cultural dance traditions, Shaheen traverses different roles within the arts, working as a performer, teacher, choreographer and digital artist. He holds a Bachelor in Design from Western Sydney University (2013) and in addition to his artistic practice works as a freelance graphic designer, photographer and videographer.

Gillian Kayrooz is an artist from Western Sydney. She holds a Bachelor of Visual Arts (First Class Honours) from Sydney College of the Arts, University of Sydney. In 2018 she was awarded the Create NSW Young Creative Leaders Fellowship which led her to exhibit internationally in the Asia-Pacific region.

Jagath is an Amnesty International Human Rights Innovation Fund Grant recipient. He lives and works in southwest Sydney. He was forced to leave Sri Lanka due to his political and human rights activism and was granted political asylum in France in the early 1990s. His multidisciplinary practice is chiefly informed by his personal and collective memory and the incidents of fragility of the principles of humanity.

JulieMc McNamara is a leading international artist and activist in Disability Arts, founder and former Artistic Director of Vital Xposure, funded by Arts Council England. She co-founded London’s Disability Film Festival with Caglar Kimyoncu (filmpro) based on Southbank at National Film Theatre for 10 years. Driven by social justice, McNamara has a life-long preoccupation with disavowed voices on the political periphery, voices from locked in spaces, voices that shake us back to life.

JulieMc is an award-winning playwright and screenwriter, a recipient of a Miegunyah Award, 2019 and Honorary fellowship at University of Melbourne 2018-21. She received Best Documentary and Best of the Fest Awards at Picture This...Film Festival, Calgary, Canada, 2018 and Best Performance 2017; Unlimited Award 2014; Southbank Show Diversity Award ITV 2010; DaDa Writers Award with ITV, 2009. McNamara has published widely in poetry anthologies and non-fiction discourses on Disability and Madness, and has a substantial theatre production history both in the UK internationally (Australia, Canada, Brazil, USA, New Zealand & Ireland). Recent productions include Voices from the Knitting Circle, lifting the lid on the closed world of UK asylums and secure hospitals and The Butch Monologues by Libro Levi Bridgeman– staged in Melbourne at Theatre Works, Midsumma festival and Sydney at Mardi Gras in 2019.

Inspired by his pacific heritage, driven by the wisdom of my elders and rooted in a rich upbringing of stories, song and dance as a Pacific Islander, Steev began creating and performing at a young age and has continued to develop a passion for the arts as a dynamic tool for community empowerment, and social development. Steev has over 27 years of professional work in the arts and culture sector, including 17 years with Pacifique et Compagnie New Caledonian theatre company and school, and eight years working with the Tonga based, pacific focused arts initiative, ON THE SPOT.