The Locals: Writing the West 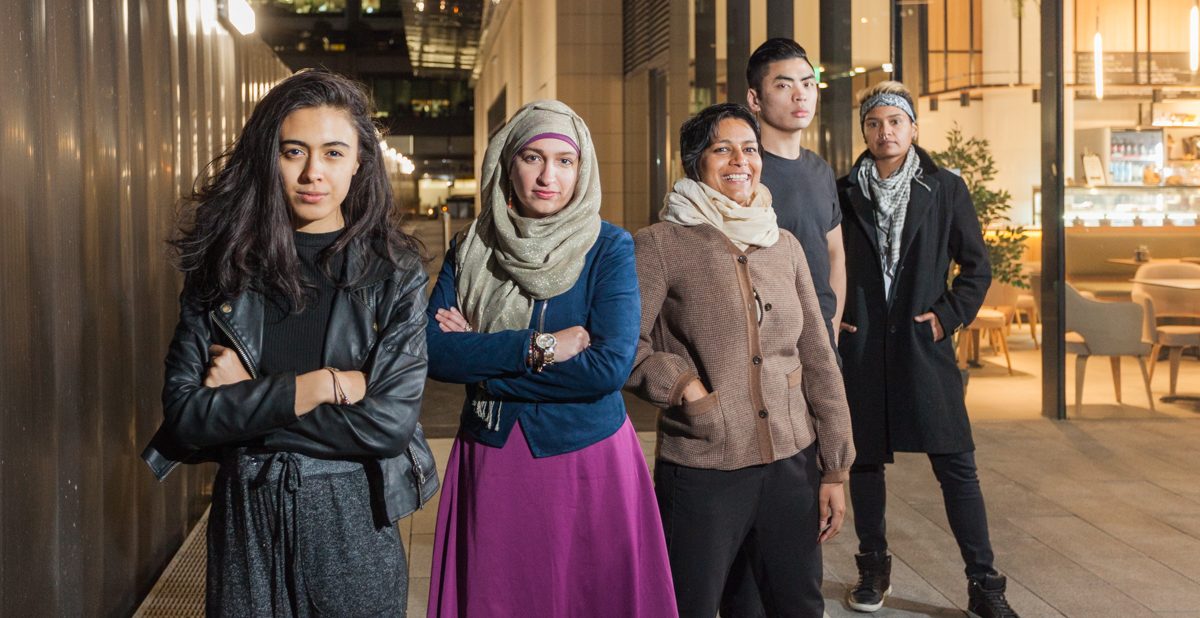 The Locals: Writing the West

The Locals is UTP’s continued commitment to investing in emerging artists from Western Sydney.

In 2017, UTP partnered with Sweatshop Literacy Movement to commission up to six emerging writers from Western Sydney as part of The Locals UTP’s new Western Sydney residency program. The writers worked alongside UTP’s Artistic Director Rosie Dennis and Sweatshop Director Mohammed Ahmad to develop short works for either stage or digital broadcast.

SWEATSHOP is a literacy movement based in Western Sydney which is devoted to empowering groups and individuals from culturally and linguistically diverse backgrounds through training and employment in creative and critical writing initiatives. It operates in partnership with WestWords: Western Sydney’s Literature Development Organisation for Young People and the Western Sydney University Writing and Society Research Centre.

Azam completed a Bachelor of Arts (Deans Scholars) from Western Sydney University and graduated with Honours in Creative Writing. She also holds a diploma in the Islamic Sciences. Maryam is a teacher in Kellyville and writes across the genres with a current focus on poetry. She is the recipient of a WestWords Emerging Writers’ Fellowship and is working on a collection of poems exploring the intersection between spirituality and the everyday and the experience of being a Muslim woman in Western Sydney.

Cruse is a proud Cabrogal woman of the Darug Nation. A born storyteller she has a strong background in Australian Film and Television. Assisting on productions such as Redfern Now, Clever Man, and Servant or Slave she is now writing her first documentary Black Nan with CuriousWorks.

Dunn is a Tongan-Australian writer from Mount Druitt. She is a manager and editor at Sweatshop. Winnie completed her Bachelor of Arts Degree at Western Sydney University in 2016. Winnie’s work has been published in W’sup Magazine, The Vocal, Voiceworks and The Big Black Thing. She has performed readings of her work for WestWords, Studio Stories, the Western Sydney University Writing and Society Research Centre and most recently, at the Campbelltown Arts Centre for the 2017 Sydney Festival exhibition of Another Day in Paradise.

Lal is an emerging Pacific artist and curator. She was born in Fiji, is culturally Indian and grew up in Western Sydney. Her practice questions where she ‘fits’ through a thematic examination of the body, gesture and home. She works with storytelling, photography and sculpture to create exhibitions, installations and video based artworks which generate an active and empathetic response from the audience towards the quiet and untold stories of the “other”.

Pham is a Vietnamese-Australian writer from Cabramatta. He is a member of the Sweatshop Writers Collective and has a Bachelor of Arts Degree in English Literature and Creative Writing from the University of New South Wales. Stephen’s work has appeared in Overland, The Lifted Brow, Seizure, The Vocal, SBS Online, The Big Black Thing and Right Now. Most recently, he performed at Campbelltown Arts Centre for the 2017 Sydney Festival exhibition of Another Day in Paradise. He has also spoken on panels and performed readings at the Wollongong Writers’ Festival, the Melbourne Emerging Writers’ Festival, the Newcastle National Young Writers’ Festival, Late Night Library, and the New South Wales Writers’ Centre.

Roberts is an aspiring writer. Her folklores span India’s east (west Bengal) and Sydney’s west. She has worked in community cultural development projects as participant and facilitator with BYDS, Penrith Council and the Edmund Rice Centre. In 2015 she co-authored HANDMADE for Palmera, telling stories of survival and loss through food from women in Sri Lanka. She is now back in Parramatta, working towards a City that is inclusive of everyone.