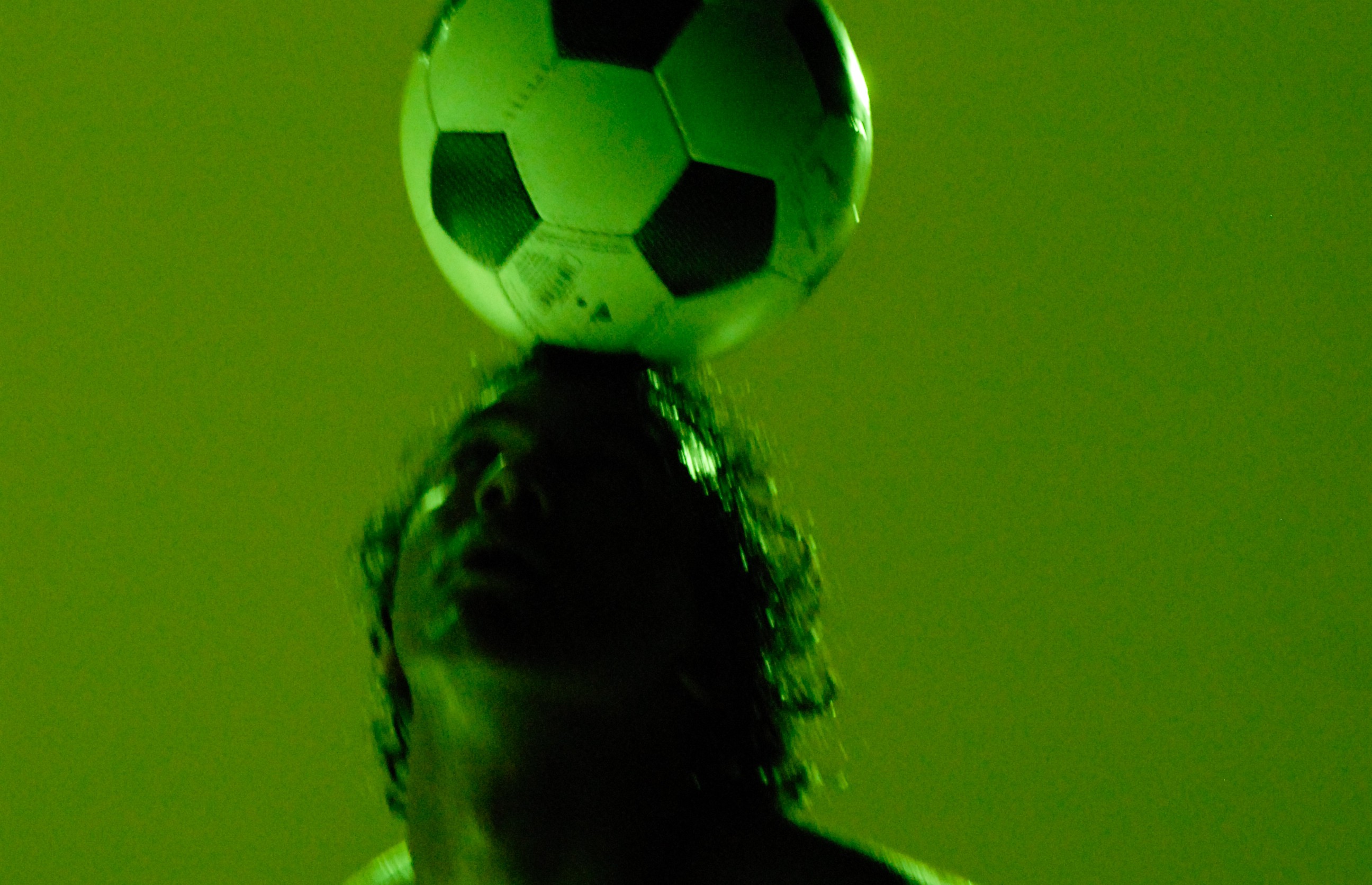 Played at close range, confined in a small space and patterned into something approaching dance, Ratnamohan’s ball skills are enviable and entertaining…His narration is engaging and his observations on the ugly side of the so-called “beautiful game” are acute.

The Football Diaries toured to South Africa in 2010 at National Arts Festival, Grahamstown (3, 4 July), Festival of Hope, Johannesburg (7 July) and at the Market Theatre, Johannesburg (8 – 10 July). The show was first presented by Urban Theatre Projects in Bankstown in April and May 2009.

The Football Diaries is an exceptional and original piece of theatre that will appeal to audiences of all demographics. If you are looking for a show that can ‘talk’ sport as effectively as it ‘talks’ theatre, this production is especially for you.

On a life-long quest to create football that is beautiful, Ahil encounters curious relationship between sport, art and philosophy. Athletic virtuosity, explosive physicality and dreams of professional football in far-flung places converge in this intimate spectacle of image, sound and body to transport the audience onto a surreal playing field.

The Football Diaries is a meditation on art and sport in which an engaging personal story merges with new dance, popular culture and contemporary life in Australia and Europe. Ahilan’s narrative, drawn from his own journal writings whilst seeking and failing to gain a professional players contract in Europe, combined with his virtuoso football skills, give the audience an insight into an athletes’ experience of space, time and emotion. This is a truly original theatre experience, operating at the level of immediate enjoyment and wonder, with layers of social commentary and even philosophy creating a strong and lasting impression.

The Football Diaries is a fascinating exploration of new and fresh theatrical possibilities in which different worlds come together….His use of visual imagery and video footage are also fascinating.

The Football Diaries is an engaging cross-disciplinary solo that introduces a fresh new voice to contemporary theatre. Ahilan Ratnamohan, a young Australian/Sri-Lankan footballer makes a direct and complex address to his intimate audience, taking them into a world where dreams and aspirations clash with jarring realities.

Staged in an intimate venue, The Football Diaries set consists of three yellow walls and a white floor. Abstract lines on the floor hint at field-markings. The audience sits on bleacher-type seating. Three footballs, a bottle of water/sports drink and a change of football jersey hanging off a hook. The audience feels the crackle of the large, stadium gaslight. Its glow from the floor at the front of the stage saturates the ‘field’ often throwing multiples of Ahilan’s shadow onto the walls throughout the performance

Ahil Ratnamohan flings himself into the yellow space to show off his athleticism and skills with the ball. It makes for a dramatic close range spectacle…

Ahilan narrates directly to the audience. There is an intimacy and humour in his telling of the story the performance text moves between biographical narrative, the science of football and Ahilan’s own recollection of recent historical football events. Inter-cut with this are movement phrases, an original blend of athletic virtuosity and football skill that create a new form of dance.

Enveloped by sound and video, the experience is one of being on the field, ready for a pass, and part of this unique and moving journey..