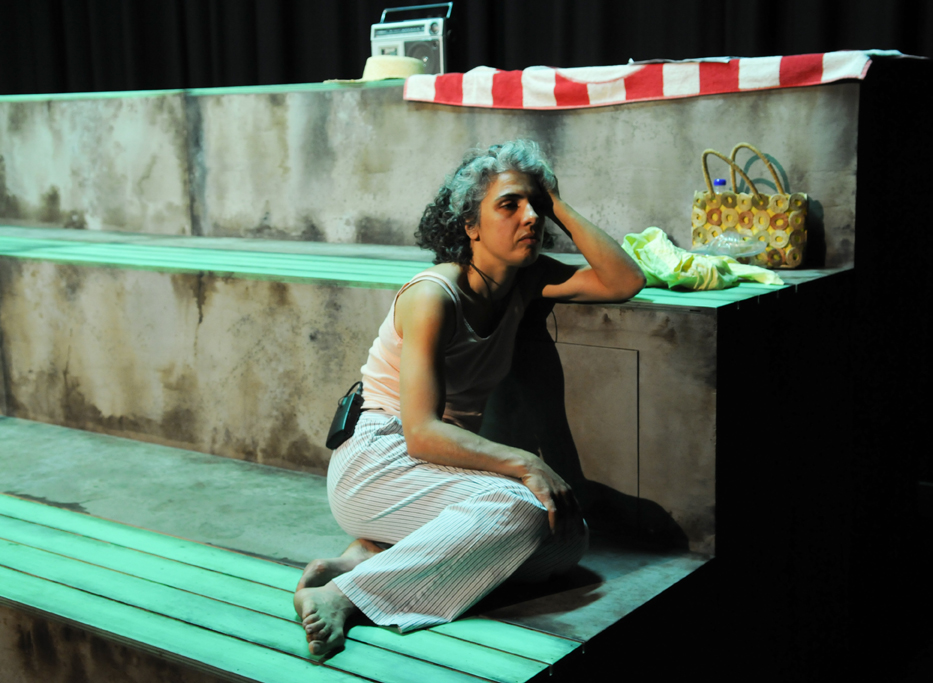 Is hate the consequence when the things we love are under threat?

First presented in 2009 by UTP in Bankstown and the Sutherland Shire. In 2011, Stories of Love & Hate was performed as part of Sydney Theatre Company’s Ed program (24th May- 4 June 2011). Jason Blake wrote his own story of love after seeing the show;

Created and directed by Roslyn Oades, Stories is a gentle, non-judgmental inquiry rather than an analysis. It does not apportion blame, seeking to throw light on our sensitivities and susceptibilities. It has a strong dramatic spine however, climaxing with Mohammed speaking the words of newspaper photographer Craig Greenhill, who recalls keeping pace with the drunken mob that attacked a stationary train and left two young men seriously injured.

A resonant piece of theatre with an embedded lesson on the value of listening to each other.

Drawing on an infamous local incident, Stories of Love & Hate interlinks personal stories about the fragile bonds that hold our society together. Created by Sydney’s gritty and distinctive Urban Theatre Projects with the communities in Bankstown and the Sutherland Shire, director Roslyn Oades set out to understand what happened on that summer’s day in Cronulla. Using a unique verbatim performance technique called Headphone Verbatim, performers wear headphones and speak along to a carefully edited audio script. The actors channel multiple characters and embody real-life stories, word for word, recreating every cough, stumble and quirk of human speech with authenticity.

Stories of Love & Hate explores great loves, broken hearts and the fragile bonds that hold our society together. At times funny, bizarre and confronting, cultures and ideologies collide in this intimate and innately Australian exploration of love and loss. Drawing on an infamous local incident, which attracted worldwide attention, Stories of Love & Hateconsiders the idea of hate as a consequence of feeling the things we love are under threat. The result is a collection of interlinking personal stories told with affection, integrity and humour.

In repeating these stories of love and hate with such sensitivity and artistry, the performance provides us with an opportunity to re-hear our fellow citizens and to rehearse new modes of local, cultural, and national belonging.

A Lecture style format of the work was recently commissioned by Museum of Contemporary Art, Sydney to mark the anniversary of the 2005 Cronulla riots and was shown in response to visual artist Fiona Foley’s work Nulla 4 Eva.

Director Roslyn Oades and three of the original cast members gave a presentation on the making of the work interspersed with 30 minutes of live performance from the show.

In April 2010 the work was successfully presented in this format at the University of Sydney’s international conference Transcultural Mappings: Emerging Issues in Comparative, Transnational and Area Studies.

…resolutely truthful and non-actorly work, with a beautifully accurate rendering of the cadences, timing and slippages of real speech as opposed to the well-crafted phoniness of actors reciting lines

Director Roslyn Oades continues her exploration of a unique verbatim performance technique, previously seen in the critically acclaimed work Fast Cars & Tractor Engines(UTP, 2005). Described as an anti-acting process, performers wear headphones and speak along to a carefully edited audio script. The actors channel multiple characters and embody real-life stories, word for word, including every cough, stumble and interruption. This creates a curious, hyper-real performance and allows the many quirks and imperfections of human speech and personality to be acknowledged with authenticity.