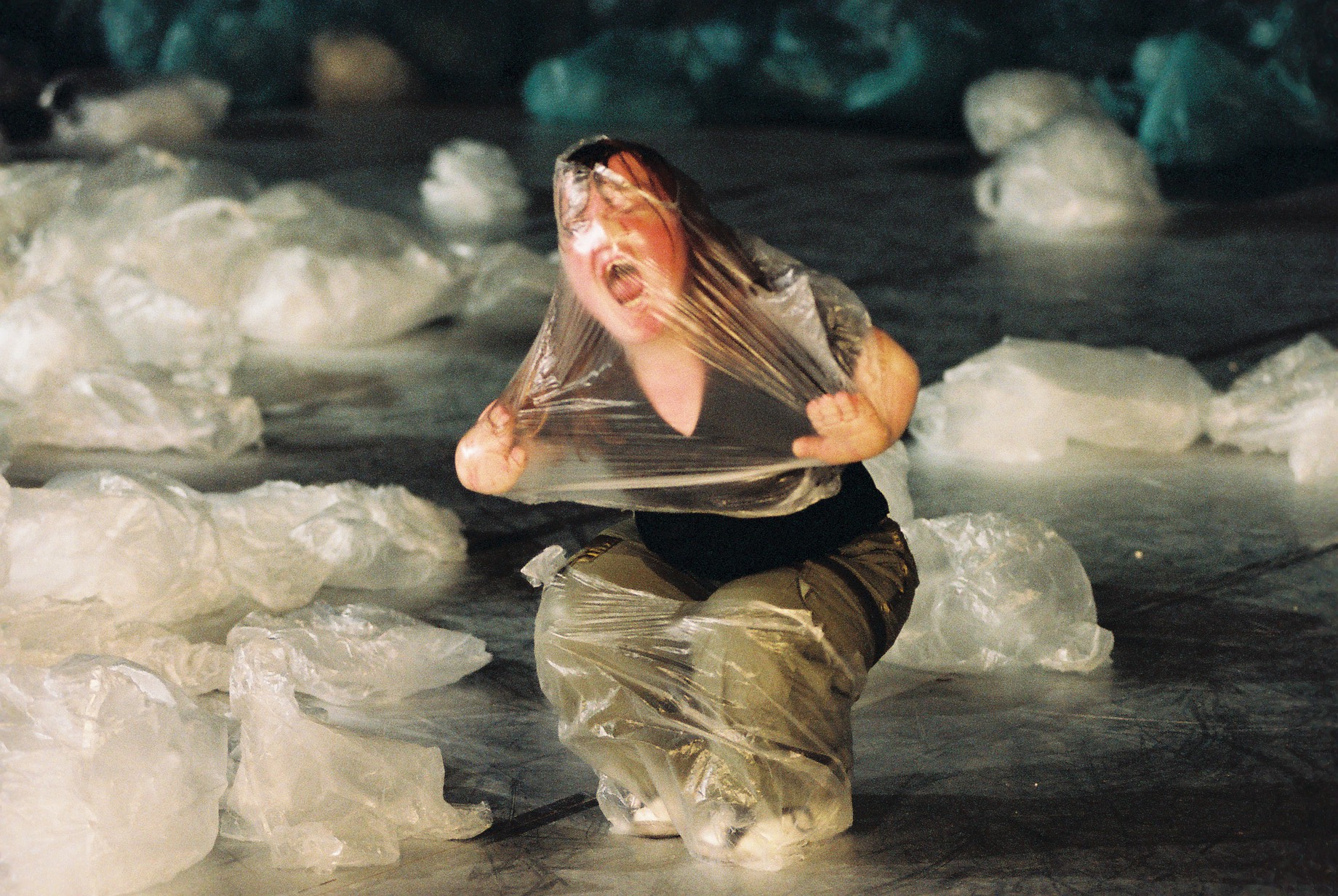 Human traffic negotiates super-bright lights, shiny surfaces and booming noise. Slurping on a large shake, a track-suited figure blurs Kung Fu and break dancing. Poking through the cracks of the plaza’s shiny façade is a world of difference…

The plaza is the last meeting place remaining. No more village-square: only a corporate-owned and controlled space with a plethora of messages – advertising, cultural and social. Yet still there exists within this environment, an intensity of life and a mingling of people.

Plaza Real is a physical theatre work from Urban Theatre Projects and Branch Nebula. The performance combines movement, dance and theatre to create a unique physical vernacular that reflects the diversity and ethnicity inherent in public spaces. Underlying tensions, misunderstandings, and moments of tenderness converge in a powerfully visceral spectacle.

The performers have a vitality that is intensely raw and physical, combining idiosyncratic movement with do-or-die recklessness.

The fundamental questions asked in Plaza Real are: How do we live and exist in a corporate owned and operated public social space like the plaza? What is the place for expressions of cultural diversity in a social space such as the plaza?

Director Lee Wilson has drawn inspiration for the work from witnessing the peculiarities of human behaviour in public spaces. “Public spaces like Westfield’s in Parramatta are full of chance occurrences and cultural fusions. Whether it’s a group of Vietnamese teenagers improvising dance to techno, or a person from an Arabic-speaking background rapping about Palestine, music and dance are a real and organic part of their lives and cultures – something they initiate and own, and are constantly re-interpreting.”

The characters inhabiting the virtual world of Plaza Real embark on mythical personal journeys, inspired by popular culture. “These characters represent a broad range of individual expression, languages and cultural traditions that cannot possibly be reconciled in the singular, dominating tone of a plaza,” explains Wilson.

The work reflects on the complex cultural mosaic of urban Australia and how we negotiate an ever-changing local cultural landscape within an increasingly corporatised global context. Plaza Real positions cultural diversity as an inherent aspect of contemporary Australian life rather than engaging with ethnicity as a critical point of difference.

Plaza Real‘s team of artists are a diverse mix of cultures, skills and backgrounds. They include a Palestinian rapper, an Australian-Chinese-Malay computer geek martial artist, a short-statured actor, a Filipino physical performer, an acrobat and a German dance artist.