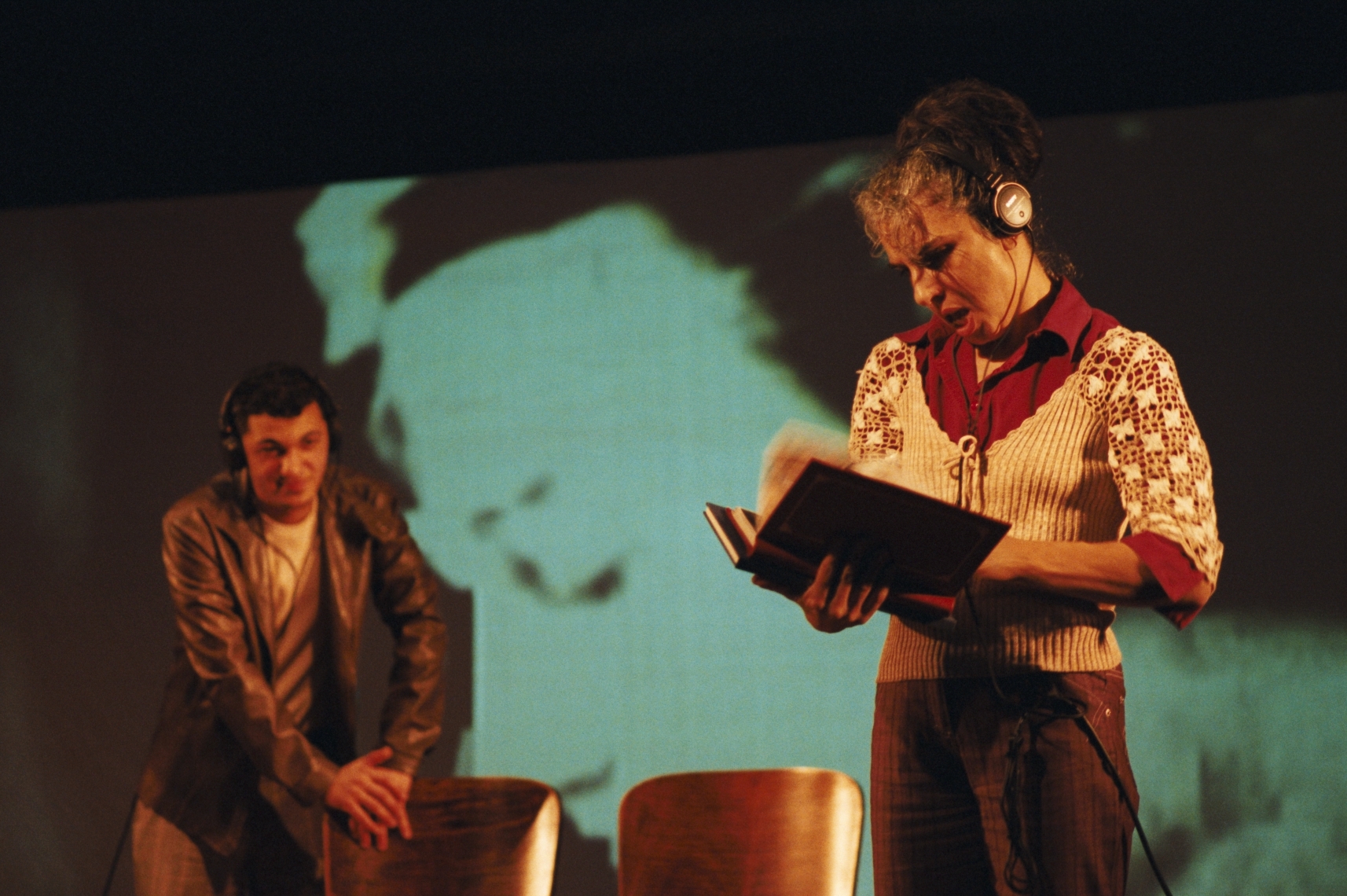 Fast Cars & Tractor Engines begins with a story about fast cars and ends with the story of a tractor engine.

In between are stories of fighting, courage and survival, as ordinary people share extraordinary stories about the fight of their life. Some of these stories are literally about dodging punches and bullets, while others are domestic fights against change or abuse. Some are youthful confessions of first love versus protective parents. All the stories are inspiring, if not at times confronting, as cultures and ideologies collide.

The performance consists of eight interwoven stories. Mohammed, his brother Ali and their father talk of stealing cars, girlfriends and going all the way for the people they love. Margaret, an Aboriginal woman, grew up in north Queensland and remembers being ambushed by white girls on her way home from school. And then there’s Hilda with her passion for fast cars and money, and Ninh who escaped Vietnam on a boat powered by a tractor engine.

Fast Cars utilises a unique performance technique. Wearing headphones, three actors listen to recorded interviews and speak along to their own personal soundtrack. The actors channel multiple characters and embody real-life stories, word for word, including every cough, stumble and interruption. This creates a curious, hyper-real performance and allows the many quirks and imperfections of human speech to be acknowledged with authenticity.

Using a culturally diverse cast to tell culturally diverse stories, the tension is further heightened by deliberate casting against type, providing an alternative perspective on age, race, religious and gender differences. Real people who wouldn’t ordinarily converse are placed side by side at the kitchen table.

This is local narrative that transcends geography, presenting the universality of human experience and slapping down the lie of unbridgeable cultural separation. It’s great fun, and deeply thoughtful, worthy of a subsequent season and a wide and long tour.Or, slipping on the imaginary headphones, I reckon, like, it’s yeah, um, wonderful.

These stories are continually surprising which makes for compulsive listening. The unpredictable and idiosyncratic vocal rhythms, pitch, and timings of the interviewees produces a magical transformation in the bodies of the performers, who occupy a space somewhere between acting, ‘being’, and possession. This is probably the best performance I’ve seen all year and deserves to be embraced by a wider audience.

This is an odd, exciting slice of cutting edge theatre . In theory it shouldn’t work, but it really and truly does . Every stumble, inflection and nuance of accent is slavishly reproduced with such fidelity that you soon stop seeing the headphones and are spellbound by the voices and their tales.

Actors demolish racial and gender boundaries to prove common humanity trumps precious tribalism. This is Urban Theatre at its best.