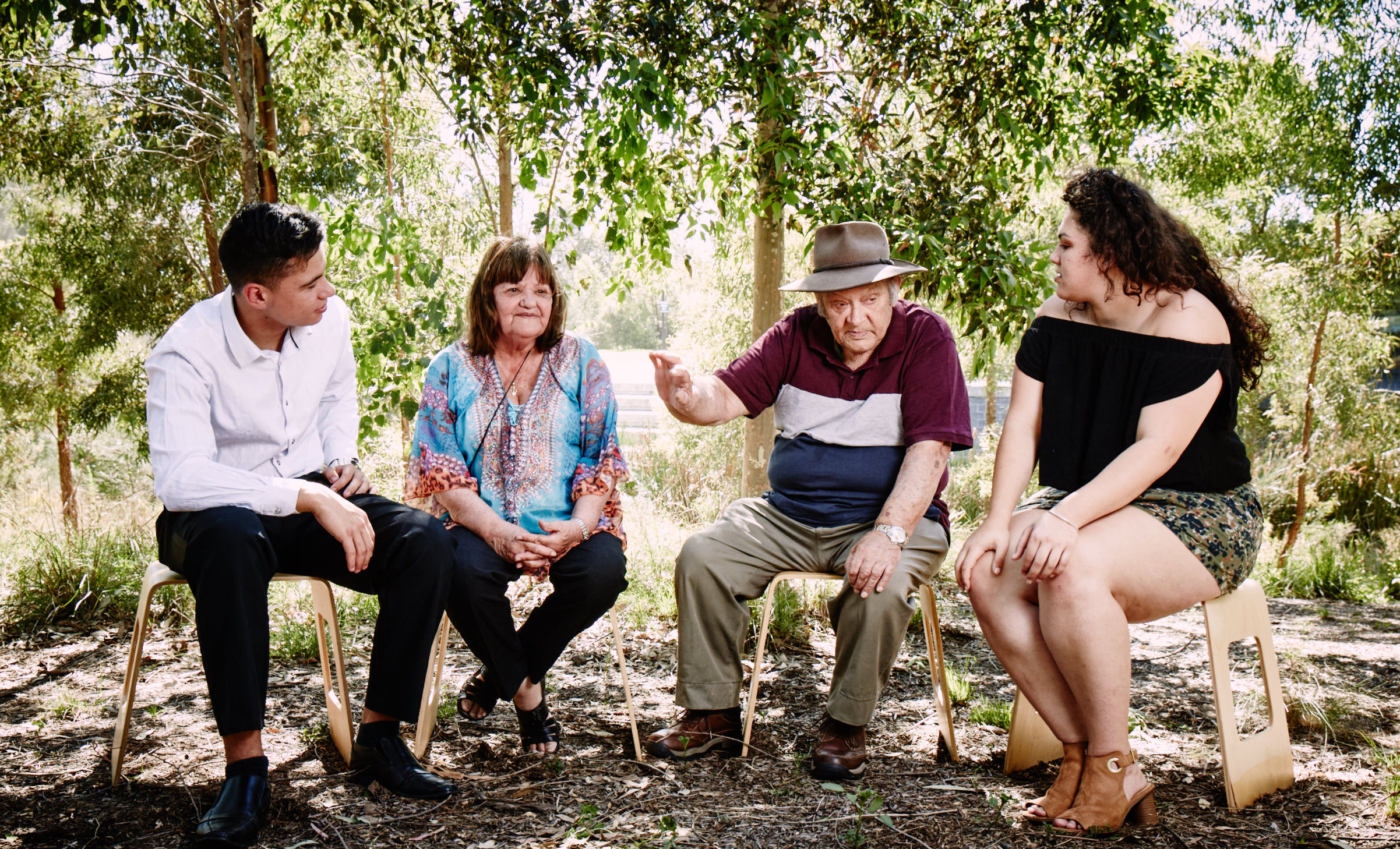 Utp was delighted to install its surround-sound pavilion, Four Winds in Blak Box at Blacktown Showgrounds in the heart of Western Sydney, from 9 January to 2 February 2019, in partnership with Blacktown Arts and Sydney Festival.

The state-of-the-art surround-sound space captured the imagination of Sydney-siders when unveiled in 2018 at Barangaroo and a brand-new program of works is set for 2019.

Four Winds was curated by Daniel Browning with elders, young people and musicians from Blacktown, Australia’s most populous First Peoples community. Four Winds draws on the oral history and speculative future of Blacktown and Greater Western Sydney from the perspective of Blacktown Elders and teenagers. It explores the need for greater dialogue between younger and older Aboriginal people – both of whose voices can go unheard in the national conversation. Four Winds is both a remembering of the past and a collective vision for the future.

Blak Box embraces the First Peoples concept of ‘deep listening’ which is based on stories, silences and the spaces that lie between. It is an innovative model that encourages audiences to step inside Blak Box and simply listen to sound, ideas and language from a First Peoples perspective.  Blak Box utilises cutting-edge surround-sound equipment and production methods enclosed in a space designed to be the perfect space for conversation, in this instance, an inter-generational conversation.

The pavilion — which glows luminously from dusk – straddles sound, creative writing, contemporary architecture and temporary public art.  First presented at Barangaroo in Sydney’s CBD in June 2018, the pavilion won the Silver in the annual DrivenXDesign NOW Awards in 2018. Architect Kevin O’Brien hopes Blak Box can act as a mechanism for daydreaming and convey, “an idea of contemporary Aboriginality”.